Posted on February 15, 2018 by Judy@NewEnglandGardenAndThread

Welcome to Hampton Plantation, McClellanville, SC, established in 1735, and sitting along the shore of the Wambaw Creek. It was built for Noe Serre, a Huguenot (member of the Reformed Church of France), with proceeds of the rice crop and the labor of the craftsmen and women enslaved there. 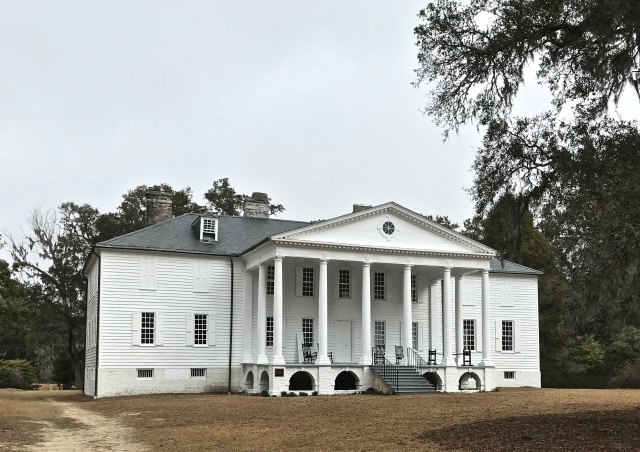 The original home was six rooms, but when purchased by the Horry family in 1757, it was enlarged to its current size including a two-story ballroom. After the Horry family, the Pickney and Rutledge families resided at Hampton Plantation. Archibald Rutledge was also South Carolina’s first poet laureate. 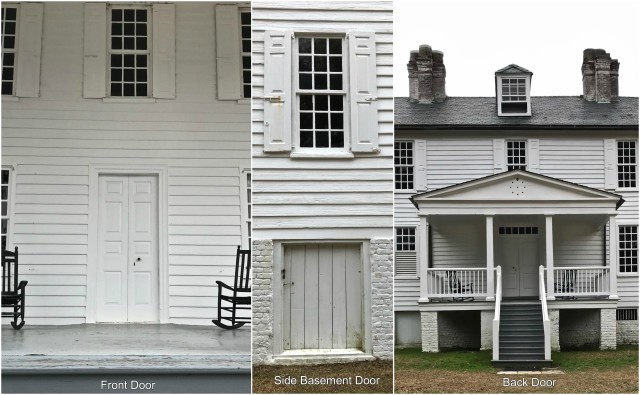 The original plantation was part of three

plantations just under 6,000 acres with two crops being farmed – rice and indigo. Farming and upkeep required 350 slaves in the fields, house, and in other roles such as seamstress, blacksmith, and carpenters. This number decreased to the point of 130 at the time of the American Civil War. The one remaining building that the slaves used was this summer kitchen.

Today it is owned and maintained as a museum by the State of South Carolina. In 1970, it was designated a registered National Historic Landmark. 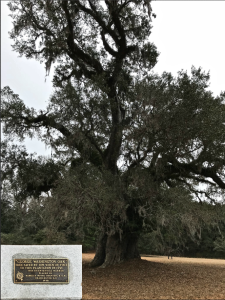 Sitting in front of the manor house is a very large, handsome oak tree dripping with moss and resurrection ferns that has an interesting historical link.

In 1791, George Washington visited Hampton Plantation. Upon his arrival, he was consulted by the Horrys about whether the tree should come down to provide a better view. President Washington did not agree, and it was decided to leave the tree standing. Today it is referred to as the Washington Oak.

Here is a sampling of the beautiful Camellias in bloom all around the property.

When I visit historical sites like this, I must admit ambivalent feelings. I am always grateful that we have preserved these beautiful buildings and landscapes as they tell our Country’s history. I am also humbled by the fact that they were established, built, and maintained by the hard labor of skilled men and women who had no choice in the matter.