Posted on October 25, 2018 by Judy@NewEnglandGardenAndThread

The Shaker Village in Canterbury, New Hampshire, is one of the few Shaker communities still open to visitors. The Shakers came to America from England in late 1774 and were part of the United Society of Believers in Christ’s Second Appearing.

Today, there are 25 original buildings, four reconstructed, and 694 acres of rolling pastures and gardens available to walk and learn. In 1969, the Shaker Village was established as a non-profit museum, and in 1993 it was declared a National Historic Landmark.

Tours, special events, exhibits, craft demonstrations, and the museum store shopping are a few of the ways you can learn more about the Shakers and enjoy the wonderful views. During the summer season, from Memorial Day to Labor Day, there is also a Café at the Horse Barn for lunch, dessert, and snacks.

Several sites, both authentic and modern, are available for rent to hold meetings, weddings, or private parties. This is how I came to be there last weekend because the NH Master Gardeners held a fall meeting there including a tour and a catered luncheon.

Doors? There were so many doors, my head was spinning. Almost every building had two doors because the sisters and brothers each had their own entrance. And for bonus shots – I saw one second floor door with no stairs, and an outhouse with two doors. 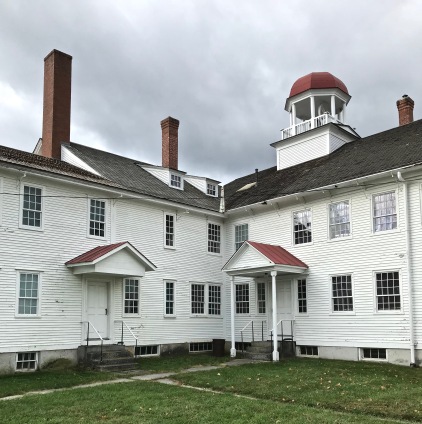 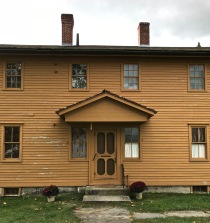 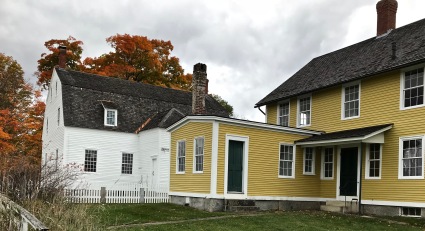 In 1850, there was a population of 300 in Canterbury. The only remaining active community now is in Sabbathday, Maine, with two residents, one brother and one sister.